Diamond City Harley-Davidson showcases a full range of world-class motorcycles, customisation, lifestyle and merchandise, and world-class service & maintenance - all under one roof - bringing a biking experience like none other to Surat, Gujarat.
#LiveToRide # RideToLive 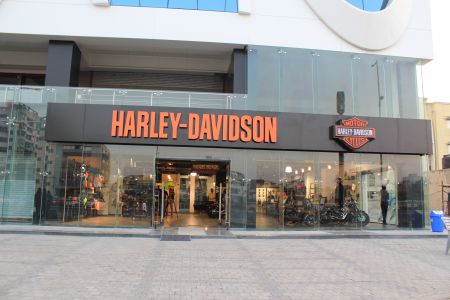 Diamond City Harley-Davidson commenced operations in Surat, Gujarat, in November 2015. Within a short period of time, Diamond City has built a strong riding community across Surat and South Gujarat, adding new riders into the Harley family and fulfilling dreams of personal freedom.
The Diamond City HOG Chapter too adds to build the riding culture by hand-holding new riders across various events and riders, and riding the length and breadth of the country in true brotherhood.

Harley-Davidson offers a range of 13 models from each of its 5 platforms – Street, Sportster®, Dyna®, Softail®, Touring. Each of the 5 Harley-Davidson motorcycle platforms boasts of a distinct character and caters to the varied sensibilities of broad range of customers. 8 of these 13 models are assembled at the CKD assembly unit at Bawal in Haryana. The new Harley-Davidson Street™ 750 and 500 motorcycles will be built in Harley-Davidson’s Kansas City US and Bawal India plants.